It’s been done. I did it. A three day Marathon that has Friday the 13th spilling over onto the whole weekend. You think you can watch just the one. Like that box of chocolates you put away for Christmas and think I’ll have just the one and then I’ll stop…I’ll have one more…well I’ve had two so I may as well have another and then you suddenly notice you’re gorging yourself on this mountain of indulgence and then it’s over. It’s over and you now have to digest all you’ve consumed. Bugger. Now I want chocolate.

I shall be strong and…and…do I have any chocolate? No. Good. That’ll make it easier to be strong.

Friday the 13th wasn’t only an over-indulge in a horror franchise day but it was also the day of the premier episode of a new podcast. Geek Tawk from Diana Prince over on Kinky Horror. And with the subject being Friday the 13th it did leave me pondering what was the best? Who was the worst? Ahem Shelly. What stands out most when you sit and watch twelve Jason filled….hmm twelve? Is that right? Hold on…first one….X was ten…then Freddy…include the remake…yeah it’s twelve. So close to that perfectly unlucky number. Incidentally you can find the Geek Tawk podcast way down at the bottom of the page.

For the most part, as with many of the slasher horror films, they are almost tales of warning. You could say they are like modern day Grimm Fairy Tales where stepping off the beaten track or partaking in something forbidden leads to your demise. In this case it’s sex, drugs, alcohol or being Shelly. If you want to survive your encounter you must give off that faint aroma of virginal perfection. Or possibly be very handy with a machete. But that’s only if you don’t have psychic powers to fall back on. Maybe have a spaceship close at hand to rocket you into the great beyond. Imagine finding that rocketing to a distant planet wasn’t enough to get away from the undead plodding of Jason and his mighty chopper. I would be mildly annoyed, hate the idea of people turning up unannounced. It doesn’t give me time to be somewhere else.

Although he wasn’t always undead. Watching the series you do notice two distinct arcs with the slight intermission of part 5. There’s a rare chance people haven’t seen that one so even though it’s 30 years old I’ll say no more. But when you sit and watch 1 to 5 you’re faced with a very human killer. All they want is revenge and they see any visitor to the domain of Crystal Lake as a cathartic vessel to pour all their vengeful fury into. With sharp pointy objects. Even though Jason is chopped and hung and given a killer migraine you suspend disbelief due to him being a single-minded individual who just misses his Mum and uses that to keep powering through. It’s not till he’s hacked to bits by little Tommy Jarvis that you accept there’s not way back from that. Or is there? You delve into part 6 and a supernatural element is introduced. Now he’s an unstoppable undead zombie killer who I can only imagine smells horrendous. That is one of the things that was popping into my head every time he emerged from his watery grave. Oh god, I can handle 3D but please don’t let there be smellovision.

It’s hard to pick a best Friday the 13th. The first is a classic with an element of mystery and misdirection. Four brings a fitting if temporary conclusion to Jason. Then you have part 7, New Blood, which introduced Kane Hodder as Jason. They each have elements that can draw you to them but it’s so hard to choose. However picking the worst is easy. So so easy. Jason Goes to Hell. It’s not that it’s bad if you were to take it out of the context of Friday the 13th but as part of the franchise it is a woeful entry. It attempts to explain why Jason survived all those deaths, why he’s now an undead killing machine. Introduces a sister and niece and great niece and no. No no. It’s no. The worst thing you can do is explain everything. It’s like Freddy and the dream worms or Highlander and the shitey source. Taking away the chance to question, contemplate, ponder on the great mystery of how is part of the enjoyment. It’s like a magician showing you how he does a trick and then telling you Santa isn’t real. Santa is real just in case any youngsters are reading this. If you didn’t get any presents it’s because you were a little bastard.

To begin with he was always this urban legend….even though it was set in the countryside…folklore. Yes, he was a piece of folklore. That monster in the woods that would come and get you but towards the end of the series that was set aside and we got gimmicks like going to Manhattan or Space. Yes, Jason X takes us to the future and space and seems to wrap itself up in self parody. He awakens in the future springing back to life at the moment of climax of teens having premarital sex. Surrounded by clichéd characters causing more pain with their attempt at kiss off lines and witty banter than he does in the whole first act. Although of all his varying appearances those first few moments of Jason and the way Kane Hodder managed to use just a look, that could be the best Jason moment of all the films. It’s simple, it’s short, but it’s effective. It’s something none of the previous or future actors in the mask have managed to do. It was mistake not to keep Hodder as Jason to go up against Freddy. It wouldn’t have just been the characters going up against each other but the iconic actors too. 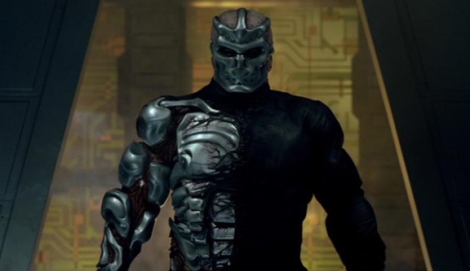 Being one of the most prolific killers on screen would not be possible without having victims to notch on your machete handle. Some you feel had it coming while other you cry out why? Why! WHY??!?!?! And there’s so many who had it coming. You know who I’m talking about. Shelly. Shelly from Friday the 13th Part 3. Shelly the prankster who just wants people to like him. Shelly who keeps scaring the shit out of people, gets screamed at and then acts all hurt like he’s never been told he was such an arsehole before. Yes, Shelly the way to a girl’s heart is through making it leap out her chest with fright. If it wasn’t for the fact that he’s the reason Jason found the iconic Hockey Mask I’d….I’d…nope sorry not even that will save his case. Ooooh he’s so lucky I don’t have a time machine and that he’s fictional.

There are the ones who you think awwww I wanted you to survive and get out of there and live happily ever after with minimal therapy. For this we have to go to Friday the 13th part 7: The New Blood. Maddy the nice girl. Looks like a cute squirrel in human form who is talked down to by the stereotypical hot girls. Not to be deterred by this she acts as her own fairy godmother and gives herself a Cinderella make over had Cinderella been set in the woods in the 80s. But just as she stepped out in her white stilettos it all ends badly. She ticked all the boxes for guaranteed survival but it only goes to show that Undead Jason was there to kill indiscriminately. 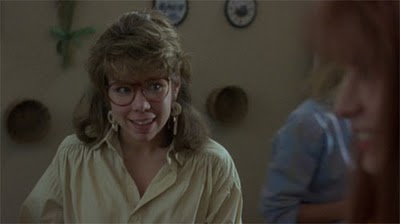 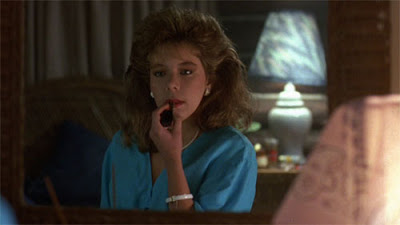 Although Trent from the remake does come in a close second for most deserved demise. He wore a shirt on top of a polo shirt. That’s collar on top of collar. That sort of fashion faux pas is unforgivable. And he was a complete prick too but the collars.

Speaking of the remake. Was I the only one who got to the end of it and started wondering why there was only one brother is this episode of Supernatural? It was hard not to picture Jared Padalecki as Sam in this as the characters were very similar. Both out hunting for something. Trying to save their sibling. Silly floppy hair.

But now I have come to the end of them all. And while I read back all of this and it may sound like I didn’t enjoy them, I did. They’re classics. I would recommend all horror fans to join me and binge on them and come to the same conclusion that I have. That under that shirt Jason has perfect nipple placement.

One response to “the long friday the 13th” 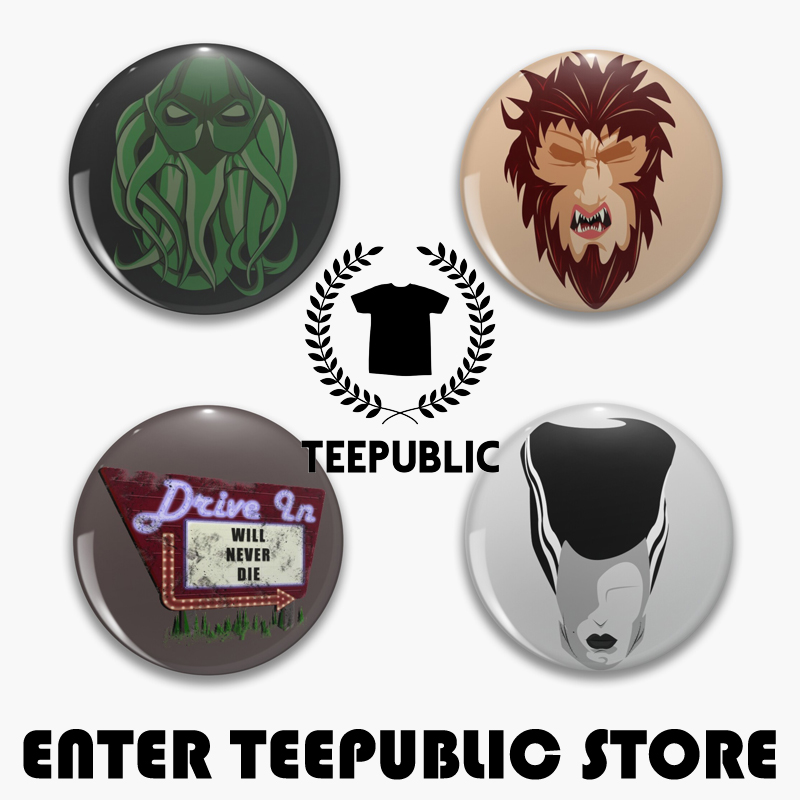