I tell no lie. I did. I saw it. I watched it too. I experienced the experience of being sat in the pictures with a wee popcorn that barely lasts the length of the trailers and thus wasn’t distracted by it while taking in a film which was simply majestical. Yeah, it’s a word…Majestical.

Now I’m not sure I can really say any more than that for fear it may become spoilerific. Gawd just imagine going into the pictures knowing what was to come. There’s a special sort of hell for individuals like that. A darkly vicious place where there is nought but flaming hot pokers that are poked in sensitive spots. Yeah you know the ones. I can sense you squirming in your seats as the thought of having with a razor-sharp prick get jammed into your…*ahem*…yes, shall we move on? Yes, you’re right. We should.

I went into this with a fairly low expectation solely based on the last few efforts from DC. Man of Steel and Batman vs Superman had their moments but there were so many flaws that the moments we buried under piles of out of character actions, a mismatched tone and just being quite shite really. I am looking at the handling of Superman in this and dropping him into a thoroughly dark and depressing world that is the antithesis of what we expect from Superman but then….Wonder Woman.

It starts. Things happen. Then more things happen. Then story develops. Villains are revealed and an origin film grows naturally into a rather superb piece of cinema. The bane of the origin tale is that it usually had too much origin and not enough story. We have to put up with the character discovering their powers, learning how to use them, and thus unleashing them on the bad guy at the end. For Wonder Woman we have a nicely paced origin that leads to a fully trained Amazon Warrior all ready to do super stuff. And the stuff was so super. The reveal of….dammit….too close to spoiler.

Although it did not feel like a superhero film. It is. It does not shy from its comic book origin. It’s not clinging on to the post-Nolan real world, lets not pretend this isn’t a comic book film style that Zack Snyder appeared to stick a bit to close to. Zack, Zack, Zack, Zack….the more I say it the more is sounds like a Batman ’66 sound effect. But I digest and digress. If you don’t like superhero films then it’s war film if you don’t like war films then it’s a fantasy epic. If you don’t like any of that then…um…Guardians of the Galaxy vol.2 was good too. Wonder Woman does a fantastic job of meandering between fantasy, war film, and an adventurous romp. Maybe not romp, that does make it sound a bit camp. This definitely is not like the camp 70s tv series with he stupendous Lynda Carter. Although it does allude to it with the attempt at a secret identity.

I could say so much more but spoilers. I could think of a couple of critisims that come to mind but they would break the spoiler embargo and I want you to go see this without the shadow of poinless critisim. Could be a spoiler. Spoilers. Spoilers, Spoilers. It is just that good. Dare I say…too good? The costume is perfect. There is not a bad performance. The story and execution fabtacular and the director Patty Jenkins got the tone perfect. My only fear is that Justice League will pale in comparison. Though if that’s the case there is always Wonder Woman II to look forward to.

Now go see it. Off you go. Go go GO. Have fun. Don’t talk to strangers. Bring me back a sweetie.

One response to “I saw the Wonder Woman…nae spoliers”

There was a muffin and two cookies to accompany this tea but I ate them. But you've all seen what muffins and cookies look like, you can use your imagination to fill in the rest.
I don't know why a slasher film set in a supermarket appeals to me but I felt it spoke to me. This may be a bit of a spoiler but do you know how the killer gets into the place? He gets Intruder window....Heeheehee.
It's hard to decide if the irony of this is intentional or if they though they were being so clever that not even the top detectives could decipher the hidden message. Yes we could be dealing with a highly skilled and dangerous band of artistes here. Skilled in cryptic modes of communique. Although there is also the chance that they were terrified they'd get caught and didn't want to get themselves into too much trouble by using a proper swear word and tried to hide their dissatisfaction with the level of policing in the area. Sort of in the way parents spell words around their children when they're calling their wean a little "see you next Thursday". You can just sense the anarchy and rebellion in their penmanship. It's the sort of thing that screams "I will take you down but my Mum says I have to be home before it gets dark". Maybe this is how Banksy got started.
You know the scene I'm thinking of. That one in The Thing. The one where it's all eww and slimy and the faces are many. Yeah that was a cool scene. Just think of all the faces that were attached to that one thing. So many faces. So many many many faces. How many do you have? I've got loads of them. I'm sure I've said that before. Probably. But maybe not with this face. No it was. I only have the one for home, the one for work, the one for outdoors and the one for when someone has said something and I'm looking all confused and need them to repeats, simplify and then repeat again. That's the one that gets the most use. Very handy on holidays to far off lands too. Imagine if they were all separate faces and you had to stop and change it for the appropriate situation. Like the Mayor in "Nightmare Before Christmas" or that one from He-man....Man-E-Faces. I'm googling that one just to be sure....I was right. Better make sure all these faces are washed for tomorrow.
I finally have the full collection and have read them all too. I managed to get all but one from @littleshopofheroes because someone else beat me to volume five. But now that they're on the shelf I'm noticing that whoever the deranged individual was that designed the binding chose not to have everything line up perfectly. How could this be deemed acceptable. Look at them. Not lining up. Like some sort of unlining up thing. It's wrong on an apocalyptic Akira magnitude of wrongness.
The windows on the bus this morning looked like someone had been having a Titanic moment on the back seat. It did however stop me from being blinded by the morning sun so thank you mad shaggers, whoever you are.
Today at work I spotted a small sliver of shelf that had what appears to be Easter confectionery. This does not please me in that it is only January. However this shelf contained both Reece's and Caramel eggs which does please me. I am feeling very conflicted and chocolate filled.
Morning is coming like a big orange fiery ball of normalcy when I want the strange and elusive feeling of being in bed on the 2nd of January as all the Gods of the cosmos demand.
It's not just a new year but a new decade and so far it's been much the same as all the other ones. I've a feeling that the only thing that's going to be different is the number I put where the year should be. But what if it's not? There could be all manner of majesticalness out there waiting to happen. All you have to do is go out and find it. And there we have the problem. Go out. I don't want to go out. It's cold out there. I'ts dark. There's people. Oh god there's people. I'm almost certain that the more years I live through the less comfortable I am with people. I did however have a thought. From the time I was born to the time I woke up this morning in this new decade I have now existed in six different decades. I don't really remember the first one but the second one was fairly awesome, it had Knight Rider and The A-Team in it. The third one did have The X-Files but it ended with The Phantom Menace. Ah well not every decade can be the 80s. Only about one every century or so. Wonder if the 20s will be as roaring as the last one.
It's here, or it will be in about an hours time or it will have been if you're viewing this afterwards. Because time is fleeting and if there's one great th ing about it is that once enough time passes I get to go back to bed. Wait what year is it now? What one will it be? Yes it was that one and now it's this one. But will we be writing that one when we should be writing this one? Well yes, and so will you. But how hard is this going to be? Have you tried turning a nineteen into a twenty? But if you give yourself a little hint. A little note. Something that when you look down and see the blood stained year on the front of your shirt you're never going to forget what year it is. Of course you could always just get a calendar. 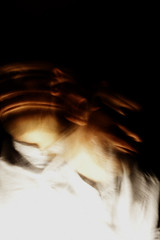 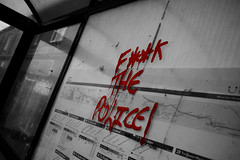 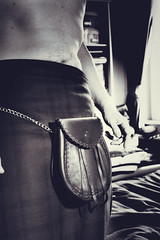 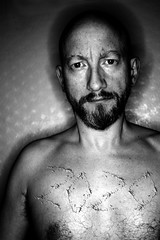